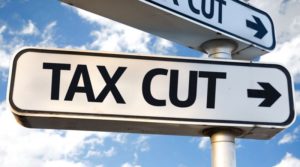 Congressional Republicans got all over congressional Democrats for their alleged failure to “read the Affordable Care Act” before enacting it into law in 2010.

So, what’s been the GOP response? They’ve done precisely the same thing with regard to the tax cut that’s about to become law.

Sen. Bob Corker, R-Tenn., who famously said he didn’t want to blow up the budget deficit with the tax cut, now says he favors it. He also admits to not yet reading the bill before changing his mind.

How is it that it’s OK for one side to do the thing they castigate the other side of doing?

Democrats, to be fair, need to be mindful of their criticism of Republicans’ failure to know the nitty-gritty details of the bill they’re about to approve.

Politics ain’t pretty, man. Neither is legislating. Someone once compared legislating to sausage-making. It’s messy, a bit grimy and greasy at times and it requires those we elect to legislate to do their homework.

Democrats and Republicans are afflicted with the same malady: laziness that gives way to political expediency.