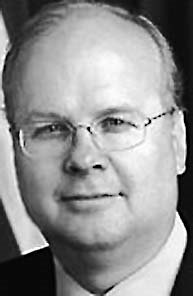 West Texas A&M University might find itself being criticized unjustly.
Then again, it might not.
WT has invited former Bush administration political guru Karl Rove to be its featured speaker next month just ahead of the university’s commencement. Rove, known as the mastermind of President Bush’s two victories in 2000 and 2004 is either a shining light or the Prince of Darkness, depending on your point of view. He is a controversial figure. His allies revere him. His enemies loathe him.
It’s the enemies who will might make their feelings known more vociferously.
I have this word of advice: Let the man speak.
Whether one agrees with Rove’s politics, he is of enormous consequence. WT is right to bring someone of Rove’s political heft to the Panhandle, where it would figure that he would have many more fans than foes. His candidate, after all, did win more than 75 percent of the Panhandle’s vote in two presidential elections. A source at WT told me this morning that she’s heard no expressions of support, only the faint rumblings of discontent.
So …
Karl Rove is set to speak to some newly minted college grads. He deserves to be heard. If he says something outrageous, then he’ll be taken to task for it. If he imparts wisdom worth taking out into the world, then the students will owe him a debt of thanks — and WT officials will have done their job.
Tweet