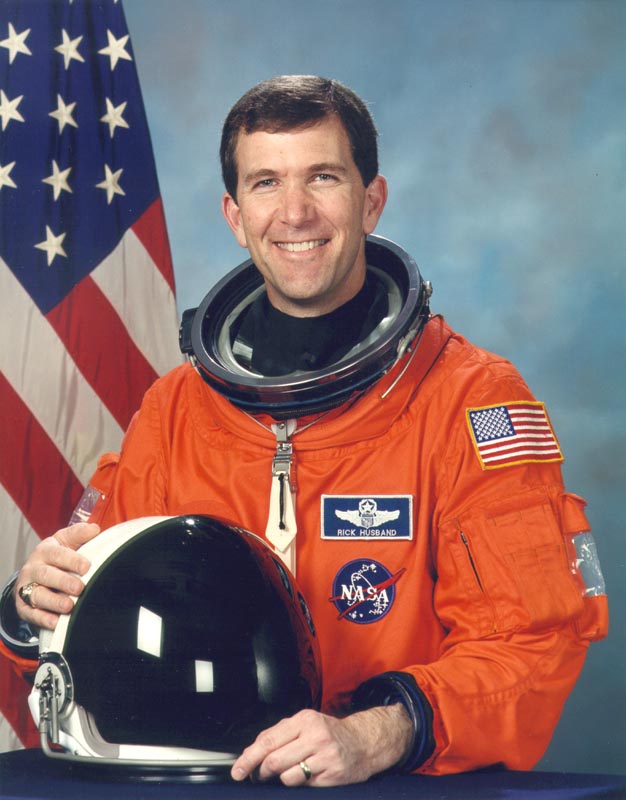 I shook Amarillo native Rick Husband’s hand exactly twice, both times in church.
The first time was in a receiving line after he had spoken to our First Presbyterian Church congregation about how he fulfilled his dream of becoming an astronaut. His message that day? Never give up on your dreams. I told Rick then how riveted I had been as a child to the space program. He smiled knowingly. My mom and I spent many hours waiting and waiting and waiting for the Mercury and Gemini missions to launch. I didn’t have time to tell him all of that, although my mother-in-law said something quite similar that day as we greeted Husband after his message from the pulpit.
The second time was some months later when his mother-in-law, the late Jean Neely, introduced me to him during some fellowship time in our church’s Great Hall. I told him how I would give anything for a ride on the space shuttle Columbia flight he was commanding. He kind of chuckled and apologized that there was no vacancy aboard the ship. We chatted for a moment or two longer. I wished him good luck on his upcoming mission. Columbia launched in January 2003 and, of course, came to a tragic end.
I thought of Husband today as the nation celebrated the 40th anniversary of the Apollo 11 mission to the moon. I thought also of Rick’s admonition to our church congregation that we shouldn’t give up on our dream.
Have we given up on the dream of deep-space exploration? It seems that we have.
President Bush said we would go back to the moon. President Obama has made similar commitments. But neither of these men have come close to capturing the imagination of the nation the way President Kennedy did when he declared the national mission would be to put a man on the moon “and return safely to the Earth” by the end of the 1960s.
Mission accomplished, right?
We need to return. It’s part of our humanity.
We dreamt it once, but we’ve given up. Rick Husband would be an unhappy Texan.
Tweet