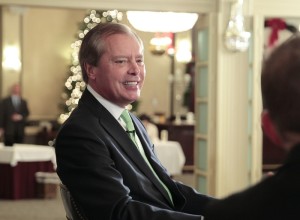 Say what you will about Chris Christie and Ben Carson endorsing Donald J. Trump after Trump trashed both of them during their joint Republican presidential primary run.

Ted Cruz of Texas has just scored a fascinating endorsement as well from a fellow former competitor. Only this guy didn’t run against him in this year’s GOP presidential primary. Oh, no! This fellow was the original foe to get “Cruzed,” as some of us in Texas have said about the treatment he got from the junior U.S. senator.

This endorsement might not have the legs it does in Texas. Take it from me: This is a big deal.

Cruz decided in 2011 to run for the U.S. Senate seat vacated by Kay Bailey Hutchison. The prohibitive favorite to succeed her was Dewhurst. He had served well as lieutenant governor and as land commissioner before that. He had lots of money and lots of political connections, dating back to his pre-public service career as a mover and shaker in the Houston area.

Then he ran into the Ted Cruz buzz saw.

Cruz campaigned against Dewhurst more or less the way he has campaigned for the presidency: He cast Dewhurst as part of the Texas political establishment and promised to change the climate if Texans elected him to the Senate.

He called Dewhurst a dreaded “moderate” because he managed to work pretty well with Texas Senate Democrats while presiding as lieutenant governor over the upper legislative chamber. To the ears of Texas Republican primary voters, he might as well have called Dewhurst a child molester.

Dewhurst responded by trying to outflank Cruz on the right, which is pretty damn hard to do, given Cruz’s reputation as a far-right TEA Party golden boy.

It didn’t work for Dewhurst. Cruz beat him in the primary.

Dewhurst, though, has forgiven Cruz for the rough treatment he got.

Will any of that matter down the road? It’s interesting to me that Dewhurst decided to endorse Cruz now … nearly a month after the state held its primary elections.

Don’t look for Dewhurst to campaign much for his new best friend Ted Cruz as the primary campaign continues its journey. For the rest of the country, the rangy former Texas lieutenant governor’s rhetoric endorsing Ted Cruz won’t mean much.

It does speak, though, to how political wounds manage to heal.

Dewhurst can boast, I suppose, of being the first of Ted Cruz’s political victims — which grants him a fascinating, if somewhat dubious honor.