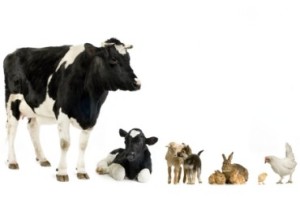 My pal Jon Mark Beilue — a columnist for the Amarillo Globe-News — as usual, has laid out a fascinating critique of a growing dispute between two highly regarded Texas university systems.

One of them, Texas Tech, just announced plans to build and develop a college of veterinary medicine in Amarillo.

The other one, Texas A&M, has fired a shot across Tech’s bow, implying it will resist the effort to build an animal doctor school in the Texas Panhandle.

Beilue, himself a Tech alumnus, has taken up for his alma mater. But he’s right on the merits of his argument to argue that A&M is better than to exhibit a petulant streak in seeking to block Tech’s entry into the world of veterinary medicine academia. A&M’s credentials as a premier veterinary medicine institution are impeccable.

But let’s boil this possible tempest down to a more personal level.

Two men are leading their schools’ efforts. They both have at least one political thing in common: They both served in the Texas Senate.

Bob Duncan is chancellor of the Tech System. He’s a Republican who left the Senate this past year to take over the Tech job after Kent Hance retired to become something called “chancellor emeritus.”

Duncan’s Senate reputation is sparkling. He was named routinely by Texas Monthly magazine every two years as one of the top legislators in the state. His job now as chancellor is to raise money for the Tech System and he gets to lobby his friends in the Senate for help in that regard.

John Sharp served in the Senate quite a while ago, from 1982 to 1987; prior to that he served in the Texas House of Representatives. He’s a Democrat, who left the Senate to serve on the Texas Railroad Commission and then as Comptroller of Public Accounts. He, too, developed a reputation as a solid legislator, although he has fewer individuals with whom he served in the Legislature than his rival chancellor, Duncan.

This face-off will be fun to watch, particularly if it develops into something more than it appears at the moment.

I hope it doesn’t grow into anything more serious. Texas Tech is entitled to develop school of veterinary medicine anywhere it so chooses. That the system brass decided to bring it to Amarillo is a huge plus for the Texas Panhandle.

My hope would be that if Sharp stiffens his resistance that Duncan could call on his fellow Republican buddies in the Panhandle legislative delegation to use their own considerable muscle to make the veterinary school a reality.

As Beilue pointed out in his essay, the value of a veterinary school to any region of this state should rise far above petty politics.

One thought on “May the right university system win”