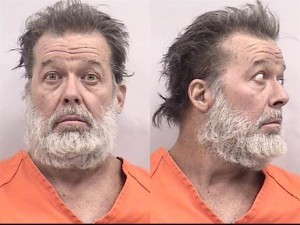 Robert Lewis Dear’s picture has been plastered all over the media of late with good reason.

He’s about to become a poster boy for a number of key debate points in our modern political environment.

Dear is accused of killing three people and injuring several others in that Friday shooting rampage at a Planned Parenthood clinic in Colorado Springs, Colo. He’s going to court Monday to be arraigned.

Usually, someone accused of a high-profile crime gets to see his face related to one, maybe two, issues at once. Not so with this guy, Dear.

Wow! That’s four of them — four issues that, taken separately, all provide enough grist for friends to become foes in a heartbeat.

And to think that one man could be at the center of it all.