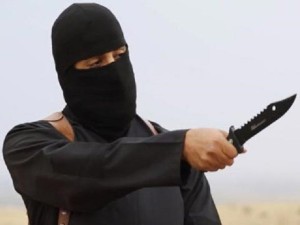 The late, great heavyweight boxing champ Joe Louis once said of an opponent, “He can run, but he can’t hide.”

So it is with terrorists. So, indeed, it might be with a particular monster who — one can hope — has been incinerated in a drone strike in Syria.

Mohammad Emwazi has been dubbed “Jihadi John.” He’s the guy on the viral videos seen beheading captives. To say he is an evil monster is to commit a gross understatement.

A U.S. drone reportedly hit a target where it is believed Emwazi was holed up. Secretary of State John Kerry and British Prime Minister David Cameron cannot guarantee he was there.

Emwazi is — or let us hope was — a British citizen. He was born in Kuwait, moved to the U.K. as a youngster, was raised in a middle-class family, got a good education and then became a radicalized Muslim. He joined the Islamic State and became the voice of the terror organization; he hasn’t been the face, because he hides behind a mask whenever he is recorded committing those barbaric acts.

Let’s be clear on one thing. If Emwazi in fact was vaporized in that air strike, we shouldn’t high-five each other for very long. There will be others who’ll take his place. Just as others have stepped up to replace Osama bin Laden, the world is full of men with evil intent in what passes for their hearts and one of them would step into Jihadi John’s shoes.

Still, let them continue to run. They all must know they cannot hide forever.