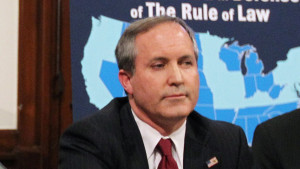 Ross Ramsey is as smart a Texas political analyst as they come.

Thus, his analysis of the moribund state of the Texas Democratic Party is worth your time to read.

Democrats nowhere to be found.

The Texas Tribune editor hits out of the park.

His thesis basically is this: If Texas had a viable two-party political system, the big mistakes being made by two statewide Republican officials would become immediate fodder for the opposing party.

Paxton’s been indicted for securities fraud by a grand jury in his home county … that would be Collin County.

Miller — who Ramsey refers to as “Yosemite Sid” — has come out for cupcakes in classrooms and said he want to return deep fryers to public school kitchens. Ramsey also reports: “His campaign Facebook page shared a post featuring a picture of an atomic bomb blast and the words ‘Japan has been at peace with the US since August 9, 1945. It’s time we made peace with the Muslim world.’ His political staff removed it, said one of his workers had posted it and stopped short of an apology.”

What’s been the fallout of all this? Nothing. As Ramsey reports: “You can argue about what Democratic voters might think about Paxton and Miller. But those Democratic sentiments, whatever they are, apparently don’t matter to the Republicans. If they were worried about the reaction from the other party’s voters — or concerned that GOP officeholders were creating opportunities for candidates from the other side, they’d be doing something about it.”

When you’re the king of the mountain, by golly, you can say and do almost anything in a one-party state.