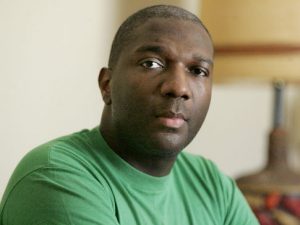 Mom and Dad told me once when I was very young that “anyone can become president.”

I believed them, even though I’ve since learned that it’s not entirely true. The “anyone” they had in mind needs some help along the way: some connections, a good bit of money and unrivaled ambition and ego.
But taking that logic down a notch, to the U.S. Senate, I’m guessing that the truism is more realistic. Take Alvin Greene, the Democratic nominee for the Senate from South Carolina.

I’m beginning to pull for him just a little bit.

He emerged from the S.C. Democratic primary as the winner, even though he didn’t campaign for the office. He didn’t spend a nickel. He made zero speeches, issued zero position papers and held zero campaign meetings. But he conquered a field that included a South Carolina legislator.

Now he’s running against Republican incumbent U.S. Sen. Jim DeMint, who once declared that the angry health care debate would be President Obama’s “Waterloo,” and that it should be Republicans’ goal to ensure that the president fails at anything he sought to do. A real patriot, eh?

DeMint’s a smart guy, so I guess he played the calculation correctly in South Carolina, a state that is almost as reliably Republican as Texas.

But Greene, thought of around the country as a first-rate doofus, is now starting to actually campaign. He’s an unemployed veteran who lives with his father. He managed to pony up 10 grand to file for the primary, but the Democratic Party isn’t concerned about how he got the money.

It would be fascinating to the max to see this guy make a competitive race against DeMint. And were he to win — well, he becomes the “anyone” to whom Mom and Dad referred so many years ago.