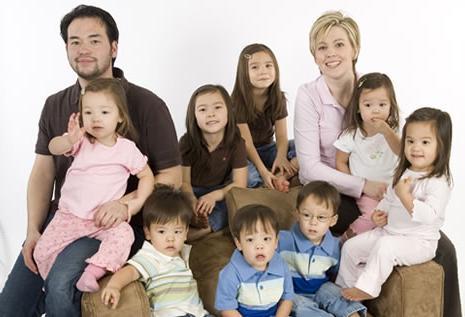 Maybe I don’t run around with the right people.
Not a single person I know gives a rip about Jon and Kate Gosselin, the now-infamous reality TV couple and parents of eight children — twins and sextuplets. They’re divorcing. Jon ran around with someone other than his wife. Kate has developed a reputation, apparently, of being a bit of a shrew. But their legions of “fans” are transfixed by their lives.
I don’t know who they are. What demographic group is driving the media’s fascination and continual reporting of these two people’s daily happenings? I cannot locate them.
Having been frustrated by my failure to determine the meaning of all this, I consulted with friend/colleague/newly named (by me) armchair shrink Jon Mark Beilue. I asked him, “What’s driving this coverage, man?”
Jon Mark had the answer. Perhaps, he said, millions of American men who used to think they suck as husbands don’t think that about themselves any longer. Jon Mark didn’t speak to women’s motives in caring about the Gosselins’ fate.
So, if you think your life is going into the tank, look up a story about these two losers and you’ll feel better about yourself. We all crave affirmation.
Tweet
Tweet

Demographers are suggesting the unthinkable.

Texas might become a Democratic state by 2020, researchers and political scientists are predicting. The Lone Star State, so reliably Republican for the past two decades, could become the second-most Democratic state — behind California — by the end of the next decade.

What’s driving the shift? The large influx of Latino residents, who vote as heavily Democratic as rich white guys have voted Republican.

It all goes to show, if the demographers are right, that nothing is permanent in politics.

Democrats used to own virtually every elected office in Texas, even west of I-35, prior to about 1978. Then came Bill Clements to win the governorship for the Republicans. Other GOP candidates began winning statewide office, and Democrats leaving their party for the other side. State Rep. Warren Chisum of Pampa was one of them, in the early 1990s.

Now, every statewide office belongs to the Republicans, and it will take some doing to bust loose that vise grip.

But the state ought to be come a two-party battleground, not one dominated by one party. A healthy two-party system in Texas keeps pols on both sides of the aisle more honest than if they are running the show with no one on the other side watching them every step of the way.

Whatever “debate” is occurring over health care reform, it isn’t occurring at these town hall meetings that are turning into shoutfests and riots.

That likely is part of the reason Panhandle residents aren’t being asked to attend congressional town hall meetings sponsored by Republican U.S. Rep. Mac Thornberry of Clarendon. It’s either that or the fact that Thornberry knows his constituents, agrees with many of their feelings about health care reform — which basically is this: Don’t mess with health care.

It’s probably just as well that we aren’t having these so-called “discussions.”

Travis County residents shouted down Democratic Rep. Lloyd Doggett of Austin. They carried pictures of Doggett with devil’s horns painted on his head. That’s not what I would call reasonable discourse. But that’s just one example of the kind of nonsense we’re witnessing around the country.

I have no idea whether it’s being staged by lobbyists, or whether they’re sincere, spontaneous expressions of displeasure. The Texas Panhandle is so far removed from the political battlefield, I am not qualified to offer anything more than a guess on what’s driving these near-riots.

I do know this: The disturbances that are consuming these town halls do not serve the cause of a free society, which depends on all sides being able to be heard. Let everyone speak their mind — and then let those in power decide which side makes the case. 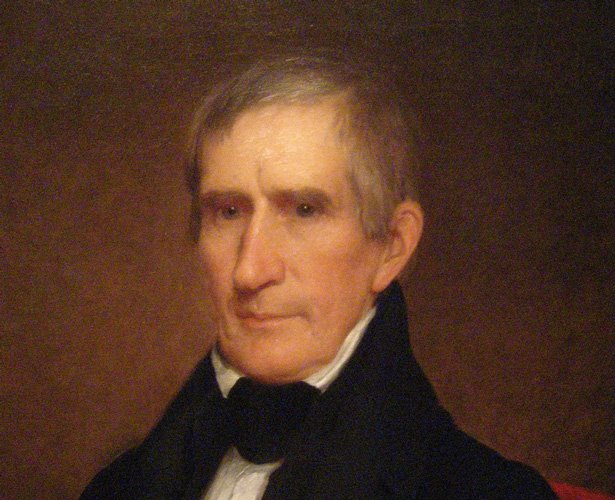 I just ran an errand that took me to the Civic Center, where a thought came to my mind.

The Civic Center is bordered on the east by Johnson Street. It then occurred to me that the downtown street grid includes the names of several presidents, starting with Washington, Adams, Jefferson, Madison, etc. The list continues eastward all the way to Cleveland.

Here’s the question: Couldn’t the Amarillo street-namers way back when come up with names other than those of some very undistinguished U.S. presidents? The place where I work, for example, sits between Van Buren and Harrison streets. The “Harrison” in this context is William Henry Harrison, who served as president for precisely one month. But he caught pneumonia on inauguration day and spent his entire time in office in a hospital bed before he died.

The “Johnson” for whom the street next to the Civic Center is named is Andrew Johnson, the first president ever impeached, and who came within a single Senate trial vote of being thrown out of office. For crying out loud, if we’re going to name a street after a “President Johnson,” why not honor a Texan, Lyndon Johnson, with a street? Oh, I forgot: LBJ hated the Panhandle, as many people have said.

I concur that there were significant — even great — men honored along this section of Amarillo’s street grid. Washington, Adams (the father, not the son), Jefferson, Madison, Jackson, Monroe and Lincoln all stand tall in the pantheon of past presidents. As a president, Grant was a great military man, but that’s it. 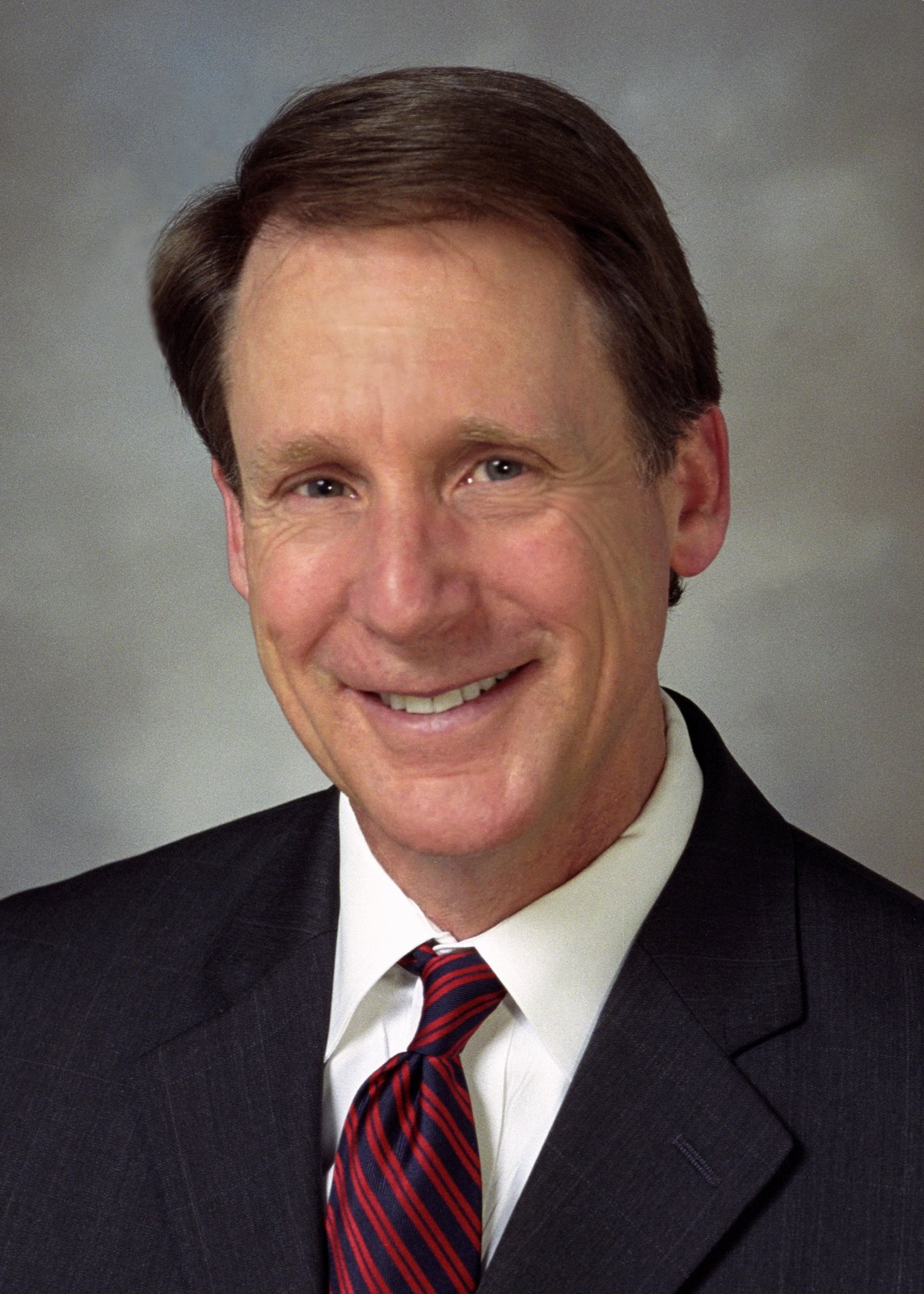 Congratulations belong to Sen. Robert Duncan, for being selected one of the best legislators in Texas, according to Texas Monthly magazine.
TM is usually considered the “gold standard” for measuring legislators’ effectiveness. Legislators like to boast when they make the “Best” list, while kissing off any significance to their place on the “Worst” list. That tells you something about TM’s standing in the political world.
Duncan’s sprawling district includes the eastern half of the Panhandle. So, even though he hangs his hat in Lubbock, the Republican lawmaker is one of ours, given that he has an office in Childress.
TM said this about Duncan: “He’s a walking, breathing argument against term limits. A member of the Legislature since 1996, Duncan brings his accumulated knowledge and wisdom to bear on a colossal agenda of real consequence.” The magazine praised his independence and his “low boiling point,” which TM said “served him — and the Senate — well when he presided over the contentious hearing on the voter ID bill, gently admonishing lawmakers when they began speaking past one another. Having spent so many years in the Senate, he has a stake in preserving the dignity of the institution.”
None of the other members of the Panhandle delegation drew even a nod in either direction from TM. Why, they weren’t even considered “furniture,” which describes the least consequential legislators. We can thank our lucky stars for that, I suppose.
Meanwhile, Bob Duncan continues to shine.
Tweet
Tweet

Members of Congress are getting a snootful from their constituents during their summer break. They’ve been conducting town hall meetings designed to hear voters’ opinions about President Obama’s health care reform plans.

In summary: Americans are unhappy about it and are none too bashful about telling their elected reps what they think.

I mention this in laying down a marker on the value of any town hall meetings that Rep. Mac Thornberry is likely to call in the 13th Congressional District. Thornberry opposes the Democratic plan to reform health care. He’s said so quite publicly. His constituents echo his sentiment. They, too, have been quite vocal. So, what might Thornberry hear if he conducts a town meeting in any Panhandle community?

Sad to say, but he’s likely to hear some insane utterings about whether the president is an actual American, or whether he’s a closet Muslim, or whether he is a socialist who believes the government should take control of every aspect of our lives. Oh, yes. He’ll hear constituents agree with him about health care reform, that it’s too expensive and won’t improve the quality of health care delivery.

I just hope that if these meetings get too nutty — just as they have in many areas across the nation — that Thornberry restores order in a hurry.

Is it just me or are Amarillo’s bicycle paths seemingly routes to oblivion?

For years I’ve been trying to make sense of them. I’m coming up short.

The city painted bike lanes near Windsor Elementary School, not far from where I live. They go around the corner and down the next street. Then they end somewhere. I don’t know what the city parks planners are thinking. Recently I drove by Avondale Elementary School and noticed the beginning of a bike lane just south of the school. I followed it along Avondale for a few blocks. Then it disappeared, or at least I think it did.

I’ve long been a proponent of bicycle travel in Amarillo. Even on these hot summer days, we need to get out of our cars more and ride bikes. Those infamous March winds present a problem. Riding into the teeth of that bluster isn’t much fun. I get that.

But if we’re going to have bike lanes, then there ought to be a bit more thought put into them than what I’ve seen in recent years in Amarillo.