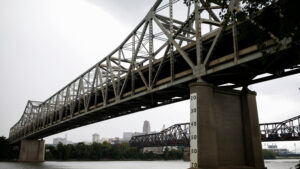 So, now President Biden and his Republican “friends” in Congress are arguing over how to define “infrastructure.”

Their disagreement means that GOP members of Congress will oppose what Biden wants to do with $2.25 trillion he is proposing as an “infrastructure” package he wants approved by the Fourth of July.

The GOP defines the terms in the traditional manner: roads, bridges, rail lines, airports, seaports. President Biden considers job creation and the care and well being of Americans as part of an infrastructure plan.

I am going to go with President Biden’s world view.

He wants to pull back some of the corporate tax reduction Congress enacted in 2017. That tax would help pay for the proposal. Republicans don’t want to betray those corporations by forcing them to pay part of the freight.

We are at a stalemate.

Republicans also contend that too little of what Biden wants is going toward those traditional infrastructure needs. They want it scaled back in a big way. President Biden isn’t having any of that.

The package does contain hundreds of billions of dollars for highways, bridges, airport and seaport renovation. It also enhances Internet broadband capability. It also invests in green energy development. Along the way, it intends to put millions of Americans to work.

Is that a bad thing? I don’t think so. It’s a good thing that needs to become law. First, though, we need to get past this disagreement over what constitutes “infrastructure.”