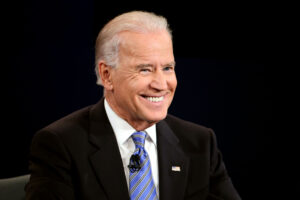 Joe Biden’s initial period as president of the United States has lacked the flash and panache of the guy who preceded him immediately in the office.

You know what? I am totally fine with that.

Whereas the 45th president of the United States sought actively to get on people’s nerves, the 46th president goes about his daily business the way most of the 44 men before them both did.

Donald Trump is wired to shower himself with publicity. That’s his brand. He spent his entire professional life — every single minute of it — with one aim: self-enrichment, self-aggrandizement and self-promotion. Then he ran for POTUS in 2016 and, lo and behold, he actually won!

Trump’s term as president was fraught with much of the same kind of silliness, except that its consequences were far from “silly.” They were dire, grave and full of peril.

Now he’s out of there. President Biden has conducted himself with dignity, sorrow when the moment presents itself and yes, even a bit of joy when that moment arrives, too.

However, he has enjoyed one major legislative triumph, the $1.9 trillion COVID relief bill he signed into law. He didn’t spike the proverbial football. Biden didn’t prance and preen and declare that only he could have gotten it done.

President Biden is not making policy pronouncements, surprising Cabinet officials or the brass who serve on the Joint Chiefs of Staff via Twitter. That, too, was part of Donald Trump’s modus operandi.

Trump said he preferred to be “unpredictable.” It had appeal among a core of voters. It also had a seriously destabilizing effect on the government professionals who worked in the executive branch, not to mention our allies around the world.

Biden is wired differently, being a creature of government, someone who had dedicated his adult life to public service. President Biden is acutely aware of the consequences of his actions and prefers to operate within the norms established by many decades of tradition, custom and, oh yes … the law!

Even when he missteps, Joe Biden looks to me to be a lead-pipe cinch to avoid the chaos and confusion that marked the term of the guy he replaced. I am all in.