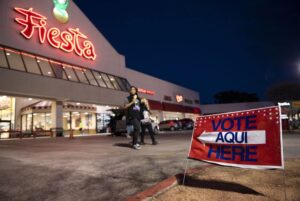 I make this statement with considerable pain in my heart.

Our nation’s electoral system is in potentially dire peril. The Russians sought to sow seeds of mistrust when they interfered in — or attacked, if you prefer that verb — our electoral process in the 2016 presidential campaign.

They have succeeded. Maybe beyond their expectations.

The Iowa caucus just this past week and the “app” glitch that fouled up the vote-counting and the delegate-apportioning process has made it all the more troublesome.

As Ross Ramsey writes in the Texas Tribune, when you trifle with our electoral process, you are messing with democracy itself. Read Ramsey’s analysis here.

One gets the sense that everyone is going to suspect hanky-panky at damn near every electoral level. Legislative races? Statewide contests? Presidential primary contest? How about the 2020 presidential election itself this coming November?

If the Russians sought to spark discontent among Americans, they can declare victory. They were able to do so during the 2016 election.

The Russians aren’t the only villains. American politicians are looking for ways to suppress voter turnout. They scheme and conspire to make voting among minority Americans more difficult. Their aim is to elect non-minority candidates to public office, thus depriving minority Americans a voice in the halls of power among those who look like the voters they represent.

Yes, democracy is under attack. As we move more deeply into this election year, I believe we need to more vigilant against enemies — foreign and, yes, domestic — who seek to undermine all Americans’ right to vote their conscience.