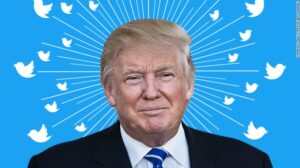 Donald John Trump went on a Twitter rampage over the weekend, blasting out a seemingly endless string of messages expressing rage over the threat of impeachment coming from the U.S. House of Representatives.

One of his many tweets said the following: “If the Democrats are successful in removing the President from office (which they will never be), it will cause a Civil War like fracture in this Nation from which our Country will never heal,'” Trump quoted pastor Robert Jeffress as saying.

As you can imagine, it drew plenty of brickbats. It’s the “Civil War” reference that has drawn the most fire.

But let’s hold on here. The president didn’t say there would be a civil war that mirrored the actual Civil War that erupted in 1861. He said there would be a “Civil War like fracture” in the country. Do you see the difference? I hope so. Because I generally am not prone to taking up for Trump on these rhetorical outbursts.

However, he has called the whistleblower essentially a traitor because, according to the president, this individual committed an act of “treason” by alleging that the president conspired with the Ukrainian government to help him win re-election while digging up dirt on former Vice President and U.S. Sen. Joseph Biden Jr., a potential 2020 political rival.

Hold on here! The whistleblower is not a traitor. He or she didn’t commit a treasonous act. He or she simply reported to the nation allegations that are sounding more credible with each passing day, if not each hour.

Trump’s Twitter appetite is now threatening to swallow him whole as he seeks to defend himself against charges that he broke faith with the sacred oath he took when he became president of the United States.