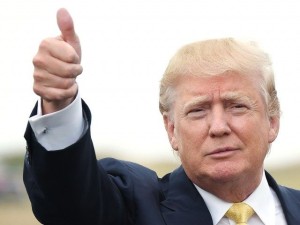 You might have heard Donald Trump score another one for the tasteless, tactless and thoughtless.

Will this latest insult doom his candidacy for the Republican presidential nomination? I doubt it.

The object of Trump’s latest bit of scorn happened to be Dr. Ben Carson … specifically his faith.

Trump was rambling over the weekend about his being a Presbyterian. Then he launched into a brief riff wondering about Carson’s Seventh-day Adventist faith.

It was as if Trump didn’t think much of Carson’s belief.

Let’s see, Trump has gone after:

Anyone else? Oh, probably. I just can’t think of them.

Will any of it doom him. One would think. But wait! This isn’t a normal election year.

Goofiness is what many of the GOP faithful seem to want.

Heaven help them … and the rest of us.