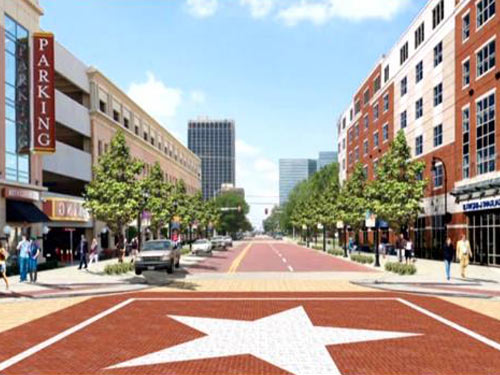 Amarillo residents are likely to get a pretty good look at the “change” that arrived at City Hall with the election of three new City Council members this past spring.

It’ll occur Tuesday when the council discusses in public the fate of a proposed outdoor entertainment venue.

Will the council take the issue to a vote? Will it decide the fate of the venue by itself? Will it put the whole off for another day?

The change we’re about to see — as it relates specifically to downtown revival plans — is a divided council. Imagine that. We’ve seen a council — and before that a “city commission” — that spoke with a single voice on most issues large and small. Oh, occasionally we’d get a contrary vote from the late Councilman Jim Simms on, say, whether to ban texting while driving. But generally, the council voted as a bloc.

That’s not likely to happen with this multipurpose event venue matter.

The three new men — Elisha Demerson, Randy Burkett and Mark Nair — are speaking with a single voice among themselves. They were the agents of change in this year’s campaign. They could decide to send this matter to the voters in a November referendum: up or down on the MPEV. The other two council members, Mayor Paul Harpole and Councilman Brian Eades, are likely to vote “no” on a motion to send this matter to the voters.

There seems to be a good chance we’ll see more of these 3-2 splits on the council as it regards a whole array of tax-and-spend issues. Perhaps we’ll see it when the issue involves the Amarillo Economic Development Corporation, which fairly regularly presents economic incentive issues to the council for its approval.

Suppose we get a tax abatement request from a business seeking to expand its operations. Will the council split on that as well.

There’s always been an unwritten rule at City Hall — and at the Amarillo Independent School District board — that when the governing board approves an issue, all members line up behind it.

“Change,” as presented by the winning candidates for this year’s City Council race, very well might not allow council members to abide by that rule.

City Hall once prided itself on its unanimity, unity and cohesiveness.

I’m betting something quite different is going to unfold this coming week.